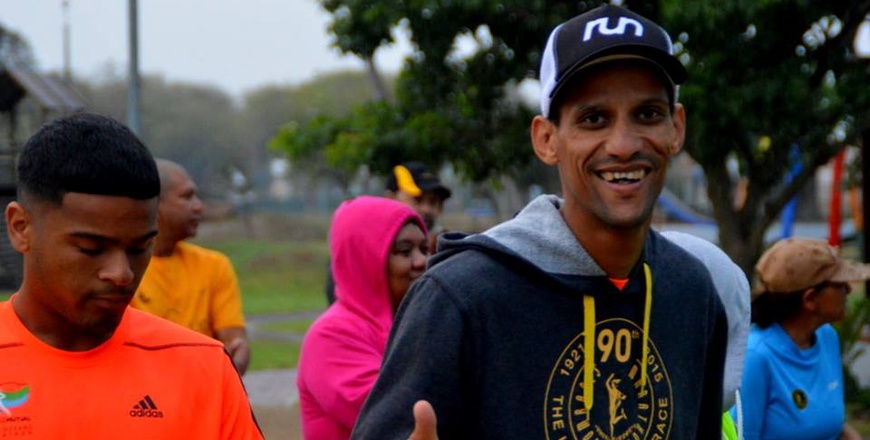 Guest Blog by Peter John Moses from South Africa: "It won’t be easy but it will be worth it"

Peter John Moses (40) from Cape Town, South Africa, is a professional runner, despite starting relatively late in life in 2013 when he ran his first 10km race. Over the past four years, he has conquered dozens of marathons, ultramarathons and other races (including charity events). To PJ, running is more than a past time or a hobby. It is his salvation: he used to be involved in the local gang scene. We asked him to write a blog about persevering and not giving up, two of his key strengths that helped him become the person he wanted to be.

Making your vision a reality will not be easy. This fact is what keeps most people away from even trying to chase their dreams. It will be one of the hardest things you will ever do, but it will be one of the most rewarding journeys that you’ll ever take. Yes, you will have doubts that nag at you and there will be a fear of failure. Make no mistake, my friend: you will fall. Everybody falls on the road to success. Failure is not a disadvantage though, it is actually a much-needed step on your journey.

Failing is when you learn what it takes to make your venture a success. The measure of your success on the chosen path will not be tallied on how many times you have failed. Instead, what will count is how many times you got back up and kept going. Your success depends on your determination, your perseverance, and your stubborn belief that you will achieve your goals.

Don't be a chicken

If a bird doesn’t learn to keep flapping those wings, that bird will never fly. Just ask the chicken. Don’t be a chicken. Keep flapping your wings until you are soaring high, as high as an eagle. Be an eagle and fly.

If a fire that provided you with much-needed warmth dies, what do you do? Sit in the cold? No, of course not. If that fire dies, you build another fire to keep you warm. That is exactly what you need to do every time your plans don’t go as planned. Refocus your mind on your goal and tweak your plans where they need to be tweaked. No plan is perfect and no venture is without risk. Do not shy away from the risk that is in front of you, but instead finding a way past it.

Life of drugs and violence

I was caught up in a life of drugs, crime and violence for more than two decades. I knew there was more to life for me than going to jail, ending up as a drug addict, or lying dead in the street. I just could not see how to make my life better. I was frustrated by the world I found myself in and suicide seemed a very good option. The stress of having kids and knowing you can’t give them a good life made sleeping at night difficult. The negative crowd I had gathered around me just enforced that mentality. My life seemed without hope. But I kept trying.

I kept on believing that if I put in the time, the effort, the work and the sacrifice then I could reach my goals and make my vision a reality. I changed the crowd around me. I changed the way I acted, thought and the way I interacted with the world.

Every time I got back up

Many twists and turns later I have turned a life without hope into one that is filled to the brim with it. I did not let the obstacles of poverty and little education hold me back from what I was destined to be. Each time I had a stumble and fell down, I got back up, dusted myself off and refound my balance. My will to succeed forced itself on me. I knew I had to endure to finally be who I always wanted to be.

As the saying goes: "Nothing worthwhile will ever come easy".

I have turned my hobbies into my career. I have turned my scribbles on scraps of paper into columns for a monthly running magazine. I turned my daydreams and fertile imagination into published short stories. Most importantly, I not only found a way to fight my destructive urges through my love for running, but I turned hours of training and hours away from my kids into a podium place at the regional running champs.

I persevered. I believed. I kept going.

You can do that too.